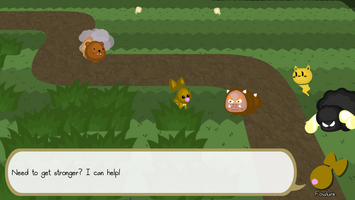 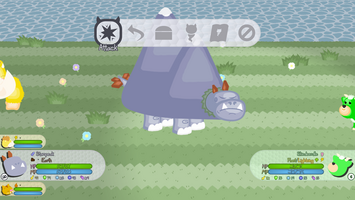 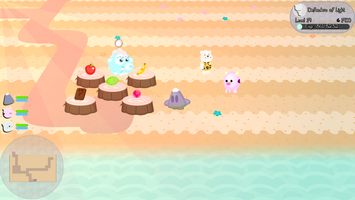 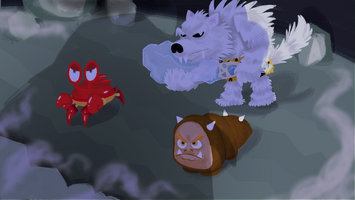 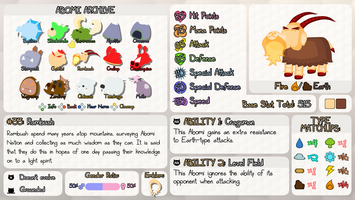 Observant players may have noticed that, in lots of promotional material, a mysterious burgundy raccoon Abomi was visible, but it wasn't findable in the game. Since the launch of the demo, I've taken the time to add in a little bonus: Coondling, and its evolution, Beacoon! Coondling are thieving little scamps that like to get their grubby fingers on what you value most. If you're wandering the forests of Abomi Nation at night with something they want, you'd better run when you see the rings on their tails light up. Coondling and Beacoon are both Fire/Lightning-type Abomis.

I won't always be updating the demo when I introduce a new Abomi to the game, but I thought this would be a fun bonus. I'm appreciative of everyone who's played so far! What other Abomis can you find in promotional material that are waiting for their chance to shine?

You can find even more information, and future updates, on my website!

The update also comes with some updates to the way Abomis converse. It became apparent on streams that, for players listening in the background, the constant cries could become distracting. So, the changelog goes:

Demo 0.5.1
-two new Abomis added
-dialogue cries have had their volume reduced
-an Abomi will no longer make its cry multiple times when speaking in more than one dialogue box at a time

I'm appreciative of everybody that's given feedback. This is the stage where it's the most useful, so be sure to let me know what else you want to see!

A monster-collecting roguelike RPG where every run and every team is different!